This is the true story of how the meat industry is manipulating our legislative process so that it can continue to abuse animals and workers while jeopardizing public health and our environment.

The 2008 Meat Recall: Our Schools’ Food at Risk
The story begins in 2008 with the nation’s largest meat recall: The United States Department of Agriculture recalled 143 million pounds of potentially diseased and dangerous meat after an investigator from The Humane Society of the United States (HSUS) revealed systemic violations of the Federal Meat Inspection Act at Hallmark/Westland, the second-largest National School Lunch Program beef supplier. Day after day, the plant had been shipping meat to our nation’s schools from animals too sick and diseased even to walk, thereby putting our children at great risk for exposure to foodborne pathogens and other diseases and illnesses, including Mad Cow Disease.

To force diseased and disabled animals to walk, workers were “ramming cows with the blades of a forklift, jabbing them in the eyes, applying painful electrical shocks to sensitive areas, dragging them with chains pulled by heavy machinery, and torturing them with a high-pressure water hose to simulate drowning as they attempted to force these animals to walk to slaughter,” according to HSUS President and CEO Wayne Pacelle. Not only was this cruel, it also represented a violation of state and federal laws. Remarkably, just a few years before the HSUS investigation, the Hallmark/Westland plant in question had been honored as a USDA “supplier of the year.”

The Humane Society and federal government sued Hallmark for endangering the health of our nation’s school kids in violation of signed contracts. The case concluded last November when the plant’s owners agreed to a mostly symbolic (the company was already bankrupt) $500 million settlement.

The Meat Industry’s Response
This investigation was just one in a long line of undercover probes by animal protection organizations. Every year, we see more of these investigations; sadly, every investigation finds new and horrific abuses of animals in violation of federal and state laws, often while on-site government inspectors look the other way.

Responsible or savvy industries would answer this overwhelming evidence of flagrant and endemic law-breaking with a serious commitment to change their behavior. They would reform their practices to eliminate the culture of cruelty that seems to infest industrial farms and slaughterhouses. They would, as USDA consultant and slaughterhouse expert Dr. Temple Grandin has suggested, install video cameras to monitor for animal abuse and food safety problems, and they would hire independent inspectors to review the video and make sure that there was no gratuitous abuse and that dangerous meat was not being sold.

Incredibly, instead of working to prevent the abuse, the meat industry is now vigorously pushing laws to prevent people from finding out about it — to make criminals not out of the animal abusers or those who foist dangerous meat onto school-children, but out of undercover investigators. That’s right: The industry’s response to years of evidence of egregious, and often criminal, animal cruelty and of diseased and adulterated meat entering the market is to attempt to outlaw undercover investigations. In 2011, the meat industry backed laws in four states to make taking photos or videos on farms and slaughterhouses illegal. In 2012, the industry pushed similar laws in 10 states. This year, we expect even more.

New Laws, Same Effect
These newest iterations of the whistleblower suppression bills have come in two new packages, both of which would protect illegal and unethical activity from ever seeing the light of day.

The first version criminalizes making false representations while applying to work at an industrial farm or slaughterhouse. If you are affiliated with a charity that cares about animals, the environment, or workers, you don’t get the job. The intent of this bill is to block undercover investigators from, say, The Humane Society of the United States, Human Rights Watch, or Brian Ross’ investigative news team from getting jobs where they could witness and record abuse of animals or workers, illegal disposal of waste, or other unethical and illegal practices.

The second version requires that any witnessed illegal activity be reported to authorities and all video documentation turned over immediately. It’s certainly possible that animal-friendly legislators are supporting this bill out of concern for animals, but, of course, undercover investigations, whether of a drug ring or organized crime syndicate or factory farm, require that the investigator document the full extent of the illegal activity. If the FBI or CIA stopped an investigation at the first sign of criminal activity, wrong-doers would be inadequately punished, if they were punished at all, because the full extent of the criminal behavior would not be known.

Similarly, if an investigator witnesses illegal abuse of animals and immediately turns in that evidence without thorough documentation, the plant may receive a slap on the wrist (at best), the investigator leaves the plant, and business-as-usual continues. Of course, the real goal (and effect) of this bill is that no investigations happen in the first place.

That’s why animal protection groups from the ASPCA to the Humane Society of the United States to my organization, Farm Sanctuary, are lining up against these bills, and no humane organization is supporting them. If these bills were good for animals, they would have the support of the humane community, not the meat industry.

It is worth noting that time and again during undercover slaughterhouse investigations, plant management has been made aware of abuse (or actually has participated in it themselves), and federal inspectors were on site at all times. So, in addition to destroying the power of the investigations to begin with, turning in evidence of illegal activity to authorities before a full case can be prepared would be unlikely to result in any meaningful improvements whatsoever. For example, all of the abuses at the Hallmark plant, which sent millions of pounds of diseased meat into our nation’s schools, took place while no fewer than five federal inspectors were present. Yet, between 2004 and 2008, the USDA’s Office of the Inspector General reports that it “found no evidence that in-plant inspectors wrote [non-compliance records] or took suspension actions for humane handling violations.” In other words, the USDA inspectors knew of the abuse and did nothing to stop it — action was taken only after the HSUS’s investigation was made public.

Here are just a few more examples of oversight problems that elucidate the need for these independent investigations:

Take Action: Oppose Whistleblower Suppression Bills
Every conviction of a slaughterhouse or industrial farm worker has come about because of an undercover investigation from an animal protection organization. And every one of these investigations would have been impossible and the dangerous Hallmark/Westland meat would still be pouring into our nation’s schools, if these states had passed any version of these whistleblower suppression bills.

More than two-thirds of Americans “support undercover investigative efforts by animal welfare organizations to expose animal abuse on industrial farms, including 54 percent who strongly support the efforts,” according to a poll commissioned by the American Society for the Prevention of Cruelty to Animals (ASPCA). But they will be illegal in any state that passes any version of these anti-whistleblower bills.

As the editorial page editor of the largest daily paper in Wyoming put it following an HSUS investigation of an industrial pig farm in that state, “Criminalizing undercover investigations at such farm operations would effectively tell the owners that they can do anything they want to their livestock.”

And whistleblower suppression bills don’t just harm animals, they also harm our freedom of speech, environmental efforts, and worker rights — which is why these bills are opposed by more than thirty charities, including The Humane Society of the United States, the ASPCA, the Sierra Club, the Southern Poverty Law Center, the Natural Resources Defense Council, and the United Food and Commercial Workers.

Farm Sanctuary also opposes these bills. You can join our efforts to fight them by signing up for our email list.

The meat industry wants this investigator to go to jail, and the meat from this plant to continue being fed to schoolchildren: 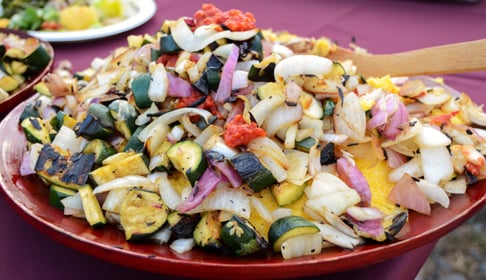 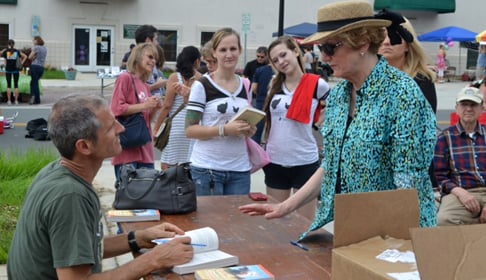 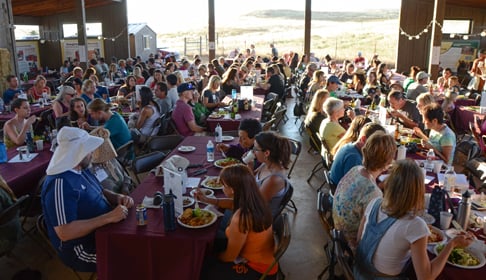