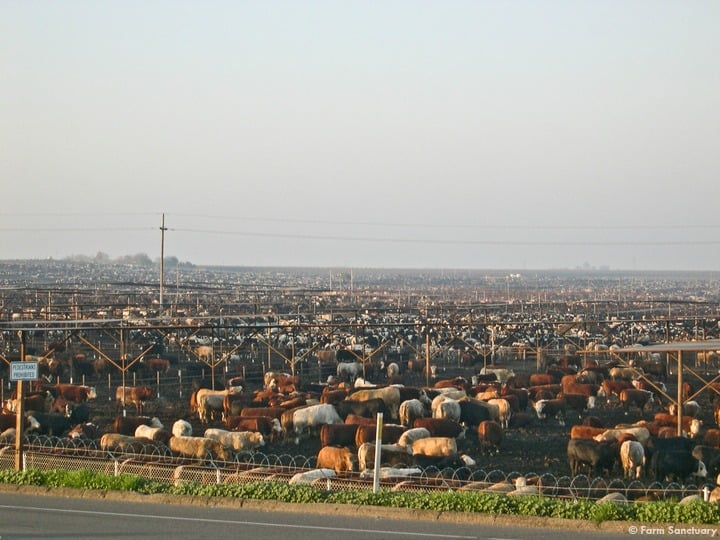 You may already know that factory farming creates appalling animal suffering and environmental degradation. But did you know that it also poses a grave threat to our ability to treat serious bacterial infections?

The Majority of Antibiotics We Use are Given to Farm Animals

For decades, factory farms have administered large quantities of antibiotics — drugs designed for the treatment and prevention of bacterial infections — to animals who are not sick. In some cases, these drugs are used as prophylactics, to ward off potential infections. In other cases, the drugs are used to promote growth, hastening animals to their market weight. It is estimated that more than 70 percent of medically important antibiotics, i.e. antibiotics also used in humans, consumed in the U.S. are given to farm animals for non-therapeutic purposes. Worldwide, more than half of all antibiotics used are used on farm animals. 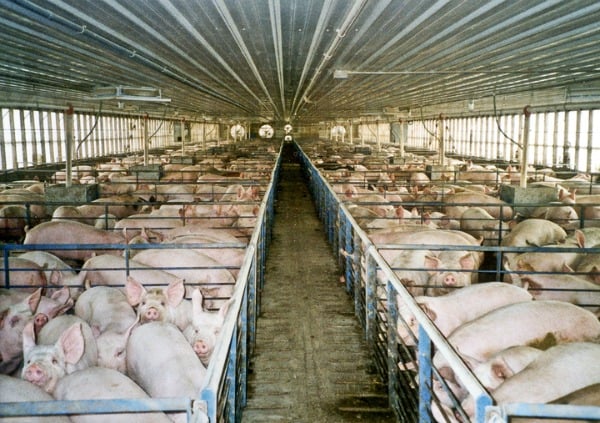 The prophylactic use of antibiotics is especially prevalent among intensive farming operations, where crowding, poor living conditions, and a lack of individualized care make animals highly susceptible to infection. The large groups of confined animals on factory farms can become breeding grounds for pathogens, and such zoonotic diseases as salmonella, E. coli, avian influenza, and swine flu have all been linked to the industry. Preemptively administering antibiotics to entire herds or flocks does not eliminate the problem — rather, the practice creates an environment where bacteria can evolve rapidly under the selective pressure of the antibiotics and become resistant to them. By throwing massive quantities of antibiotics at the problem of infection in their herds, farmers are engaged in an arms race they are doomed to lose.

Antibiotic Resistance Is Dangerous for Everyone

According to Statista, drug-resistant infections are rising precipitously. The site reports that, “by 2050, ten million people are set to lose their lives every year unnecessarily unless drastic action is taken to tackle the problem.” As reported by the BBC, a new report from the Review on Antimicrobial Resistance (AMR) has identified antibiotic use on farms as a crucial component of the human health threat.

Once a resistant strain of bacteria has entered the human population, it has the potential to spread far and wide, infecting individuals regardless of whether or not they have worked with farm animals, come into contact with farm waste, or consumed infected meat and milk. The risk affects everyone. AMR observes that some last-resort antibiotics for humans are used extensively in animal farming. Last-resort antibiotics are those used only when other antibiotics have failed; these highly effective medications are used in this sparing manner in order to limit bacterial exposure to them and thus to stave off the development of resistance. In China, researchers recently found a bacterial gene conferring resistance to the antibiotic Colistin. Potentially damaging to the kidneys, Colistin is used only when a multi-resistant bacteria leaves no other option; due to the worldwide increase in such bacteria, doctors have been increasingly forced to rely on this last resort. Colistin-resistant bacteria have existed for some time, but this latest discovery is especially troubling, because the new gene found by researchers can be easily transferred between different bacteria. The gene appears to have arisen among farm animals and has now been found in human hospital patients.

The AMR report states: “…we believe that there is sufficient evidence showing that the world needs to start curtailing the quantities of antimicrobials used in agriculture now.” The authors present three proposals for pursing this course of action: 1) establish a global target to reduce antibiotic use in food production to an agreed level and restrict the use of antibiotics that are important for human health; 2) rapidly develop minimum standards to reduce antimicrobial-manufacturing waste released into the environment; and 3) improve surveillance to monitor the problem and the progress toward its solution. Though these proposals may begin to address the crisis, they stop far short of a measure that is obvious to any farm animal advocate. Implementing regulations or incentives to reduce antibiotic use in factory farming is treating the symptom, not the disease. The excessive use of antibiotics in factory farming is motivated by the essential nature of the industry, which is based on treating animals as units of mass production. As long as staggering numbers of animals are raised in intensive confinement, these animals will continue to be especially vulnerable to pathogens, and the farms where they live will continue to present a threat to human health. Factory farming is the disease, and ending it is a therapy the world desperately needs.

For all those who view the abolition of factory farming as an extreme measure, the recent reports of accelerating antibiotic resistance should be a wake-up call: The situation is already extreme. We are facing a catastrophic threat to human health, and in these desperate times, the dismantling of industrial agriculture is an eminently sane measure.

Want to make your voice heard about this issue? Sign our petition to urge your elected officials to take a stand.