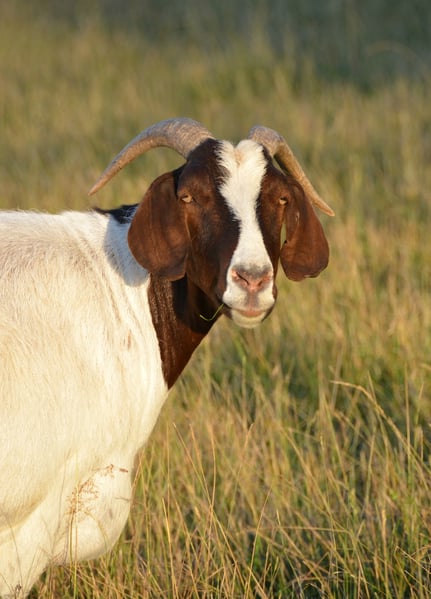 This month we said goodbye to Joey, a goat who had called our New York Shelter home since 2007. If you ever visited the shelter, you probably remember Joey. He was usually one of the first members of his herd to approach guests, and he loved attention.

Joey joined the shelter family when he was just six months old. He was found wandering the streets of Brooklyn with a slaughter tag from Texas in his ear, likely having escaped from one of the city’s live markets. These storefront slaughterhouses are notorious for keeping animals in unsafe and terrifying conditions before slaughtering them onsite. Luckily, Joey escaped and found a home where he could be loved without reservation.

It took a while, however, for Joey to warm up to us. It’s likely that Joey witnessed the slaughter of other animals, perhaps even family members, before his escape. When he arrived at sanctuary, he was terrified of everyone. We had to place him  in a special pen with high walls, so he would not jump out. Even when he finally joined a herd of goats, he was so frightened that, on his first day, he scrambled over a fence and wedged himself behind a fuel tank. Thankfully, he was unharmed. It took about six months for Joey to finally realize that he was among friends and truly safe.

That realization transformed Joey. Eventually, he felt so at ease here that when he napped, he really checked out. He was notorious for snoring and groaning as he enjoyed a deep doze. Every time we welcomed a new shelter staffer, intern, or tour guide, we would inevitably get a worried call over the radio about a goat who was “down and making weird sounds.” It was just Joey at peak relaxation. 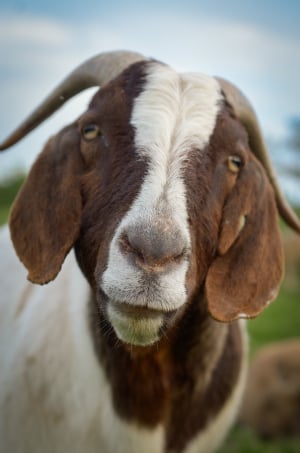 Joey, with his friendly, outgoing personality, was a special favorite of many Farm Sanctuary visitors.

When he was still young, Joey lived with a group of female goats and became utterly smitten with a doe named Cocoa Bean, who was several years his senior (staff joked that he was into older women). The two slept by each other’s sides every night. Even when this group was integrated with the sheep flock, which was also home to several goats closer to Joey’s age, Joey remained devoted to Cocoa Bean, staying by her side even as old age slowed her down.

In his prime, Joey was huge, one of the biggest goats on the shelter, but he was also gentle. When he first joined the sheep flock, the group was led by Dino, a much smaller goat. We’d placed Dino with the sheep because he was not quite strong enough to contend with the hardier goats in the main herd. Among goats, hierarchy is typically determined through contests of strength, and if Joey had wanted to oust Dino, he could have. But Joey never once made a move on the position, even when Dino was further weakened by geriatric health troubles. Only when Dino passed away did Joey take over the lead. Though he had never felt compelled to fight for leadership, Joey stepped into the role adeptly and became an excellent leader to the herd. When the sheep were on the move, you could count on finding Joey out in front.

From a youth spent snuggling with his sweetheart to maturity as head of the heard, Joey experienced the full arc of life at sanctuary before arriving to old age. As Joey aged, he developed a spinal cord condition that caused ataxia, and his hind limbs gave out when he attempted to rise or walk. The condition gradually worsened, and we even attempted to outfit him with a special cart/wheelchair designed for goats. He was no longer able to run at the front of the herd; he had to follow, ever so slowly, behind. Just as he had once supported Cocoa Bean when her pace slowed, Joey now received support from his friend Clarabell. She stayed by his side on the way to pasture in the morning and back to the barn at night, even though it meant a very long, slow journey each way. 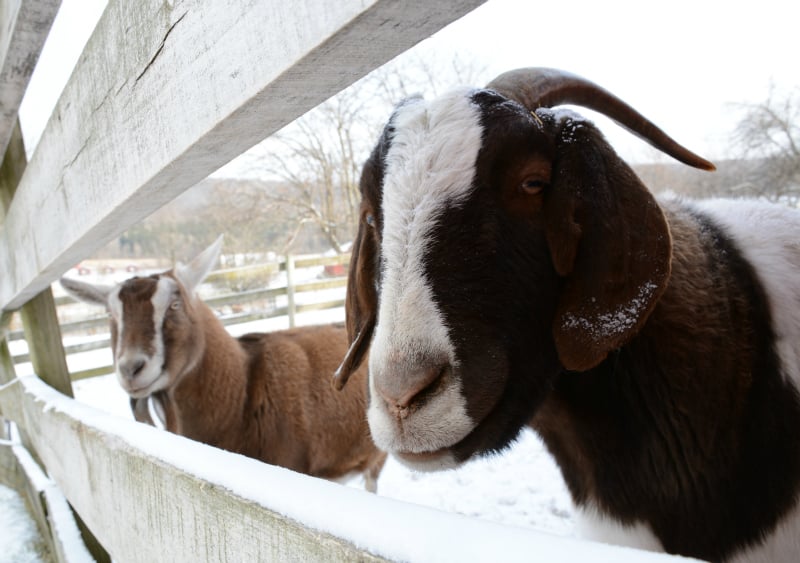 Joey met his changing condition with equanimity, and through the help of the cart and other interventions, we were able to keep him comfortable and happy for over a year after his first symptoms emerged. Ultimately, however, Joey’s condition became more severe and spread to the brain, leaving him unable to rise and, on his last day, unaware of his surroundings. Recognizing that we could no longer provide a good quality of life for Joey, we made the difficult decision to say goodbye and helped him pass peacefully through euthanasia.

Remembering Joey, we think of those funny noises he made in his sleep. In a way, they were the sounds of sanctuary: total trust, utter peace, sweet surrender to the pleasure of being alive and safe. Joey loved his home, was good to his friends, and looked out for his herd. Life for him was straightforward, simple, and kind, and he too was all of those things. He will be deeply missed. 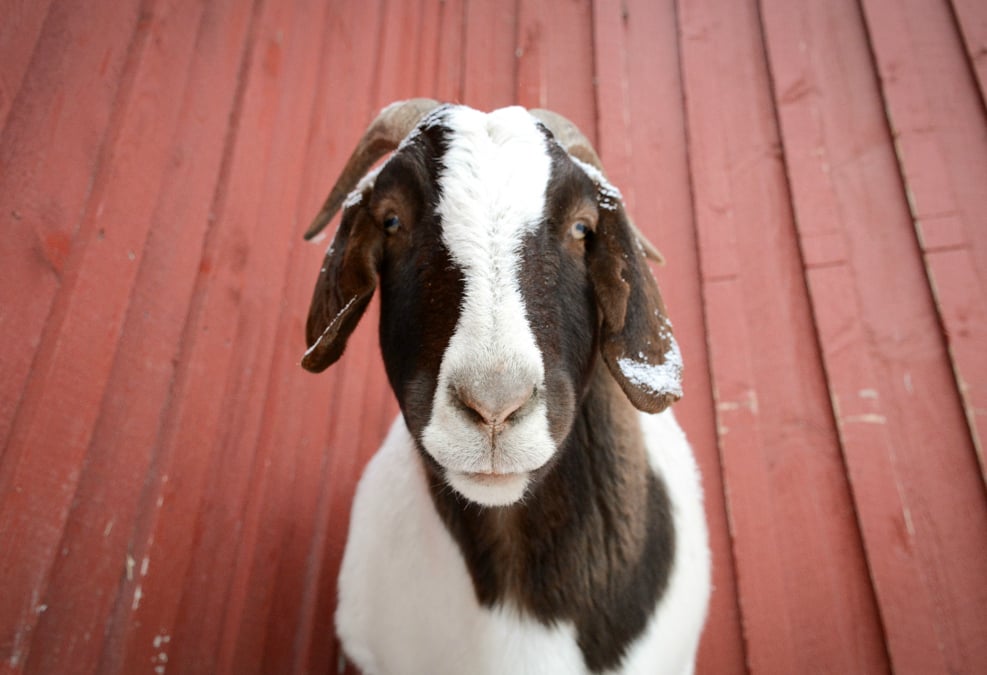 Joey on a brisk winter day at sanctuary. 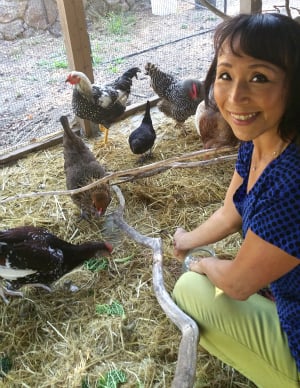