On January 21, two lambs began their very first day at our Northern California Shelter — and they began it very early. Twins Elizabeth and Zuri were born at about 4:30 a.m. (read about the rescue of their mother, Dolly). Each entered the world in very different ways, and so life itself is unfolding differently for them. But for both, each morning promises a busy day of learning and growing.

Getting to Know You: Zuri 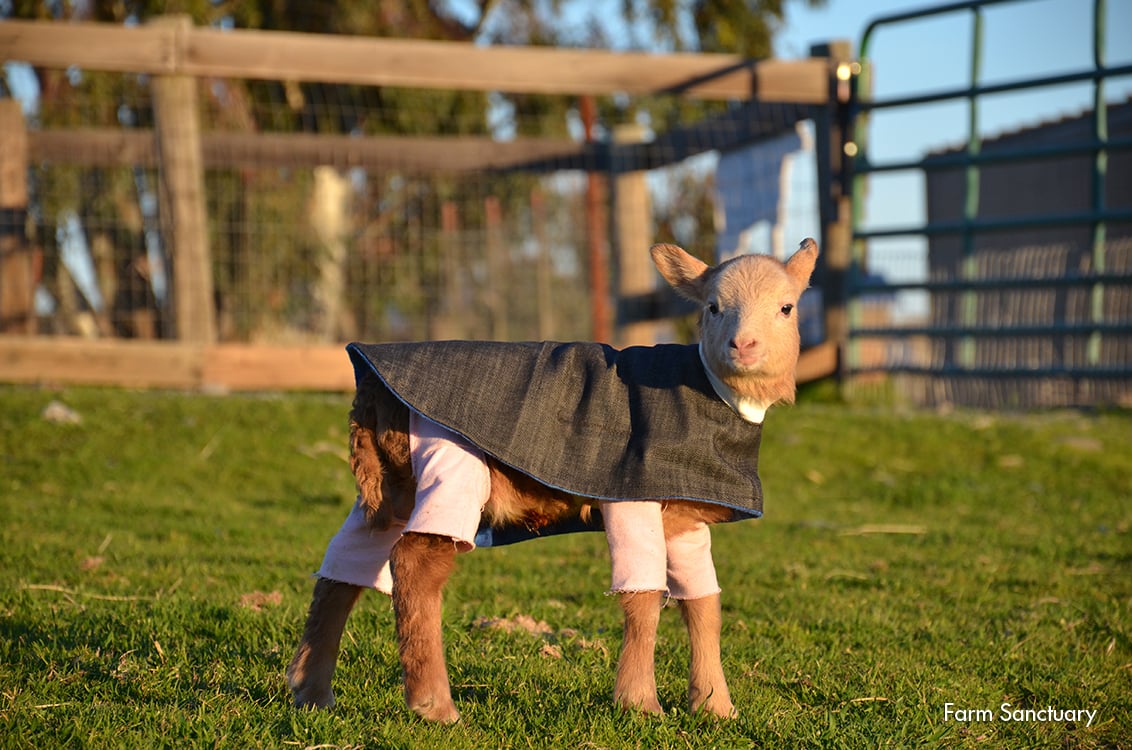 Zuri had a rough start. On the morning of her birth, she was rushed to the hospital after caregivers found her clinging to life, lying still and wet on the floor of the barn with the birth sack still encasing her head and aspirated fluid in her lungs. Dolly, already inseparable from firstborn Elizabeth, seemed unaware of her second lamb. It was caregivers who cleaned, dried, and warmed Zuri in her first moments. 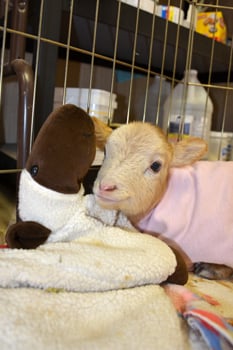 Like many other prey animals, sheep are keenly aware of their own and their babies’ vulnerability. Determined to keep their young alive, ewes are sometimes compelled to make a wrenching decision to devote their energy to a stronger lamb at the expense of one with a slim chance of survival, lest both die. We think this was the case with Dolly, who is one of the most fearful sheep we have ever rescued. She used the strength she had to protect Elizabeth, perhaps not even realizing that Zuri was alive. When Zuri returned from the hospital, Dolly did not appear to recognize her as her daughter and was reluctant to nurse her.

Zuri quickly took to the bottle, though, and she currently lives in our shelter hospital, where she has no less than five human moms and dads (her caregivers). Confident and carefree, she adores us and follows us everywhere like a tiny assistant. 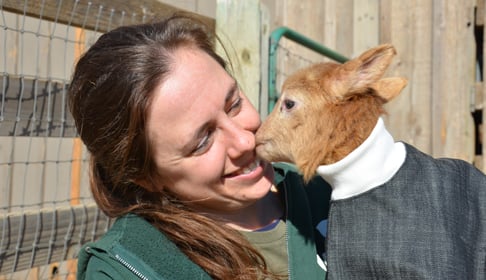 At the first sound of the doorknob turning in the morning, Zuri is up and bleating. And she’ll let you know if you’re running late! Along with her breakfast, Zuri receives a morning health check and gets her temperature taken. Over the course of the day, she’ll be weighed, her umbilicus (where her umbilical cord was attached) will be cleaned to prevent infection, and she’ll have a few more meals, too. Zuri gets sleepy as the day wears on, but she’s reluctant to take naps because she always wants to be part of the action.

After breakfast, it’s time to play and explore. 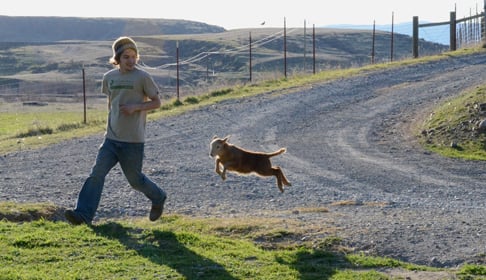 Zuri loves to run outside… 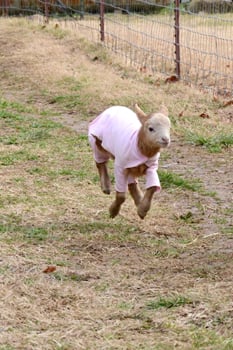 she checks in with the neighbors… 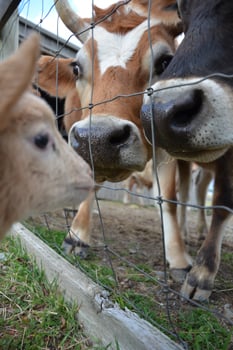 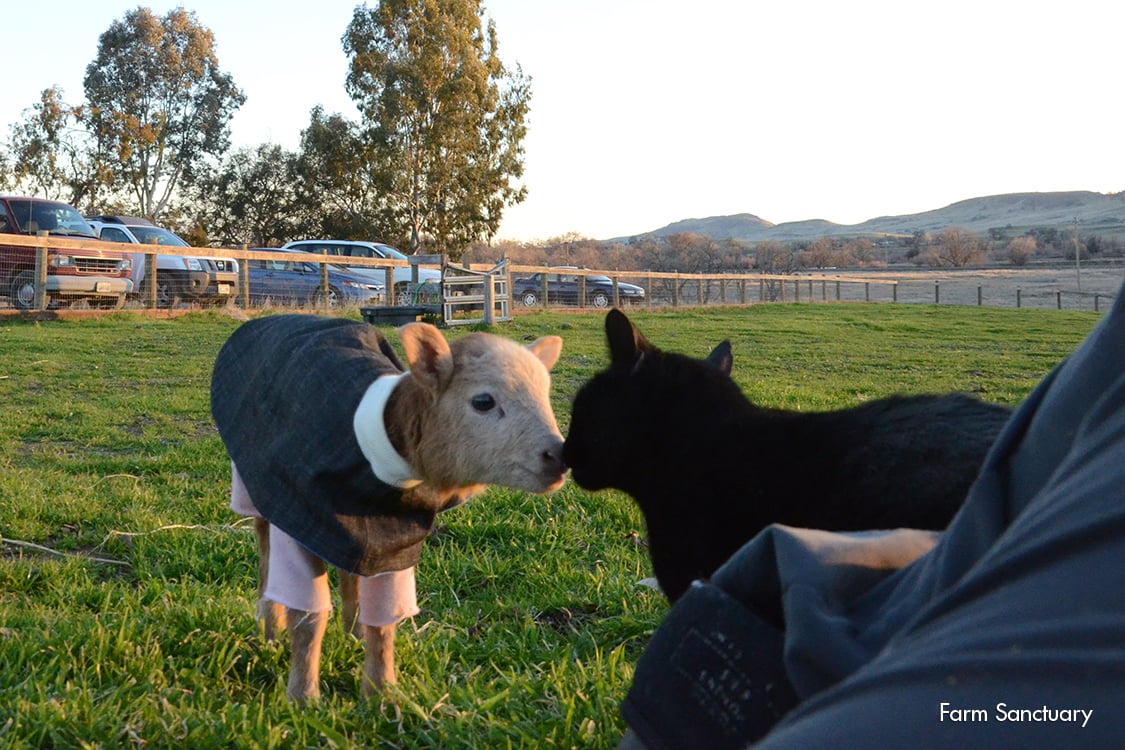 and, most of all, she loves to scramble to the top of anything she can — and then leap off! Straw bales are pretty much her favorite things. 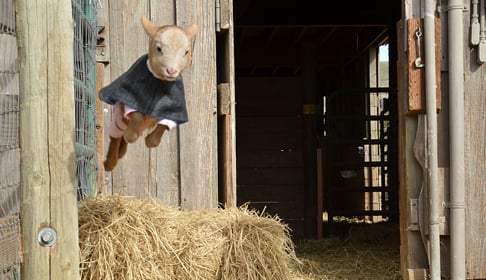 Getting to Know You: Elizabeth

Elizabeth gets her meals from her mom instead of a bottle. Unlike her gregarious sister, Elizabeth is shy — she’d rather hang out with Dolly than socialize with visitors. But she, too, loves leaping off straw bales. Both Zuri and Elizabeth are super happy lambs who just want to run around and kick up their heels. 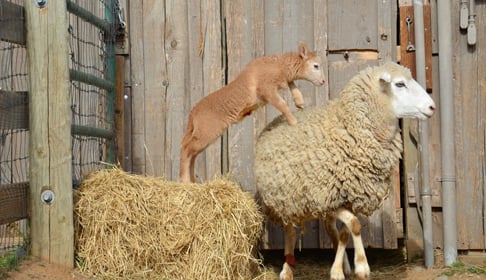 Elizabeth and Dolly love each other more than anything. The two live together in a private stall and yard — their own little studio apartment — and they stick to each other like glue! 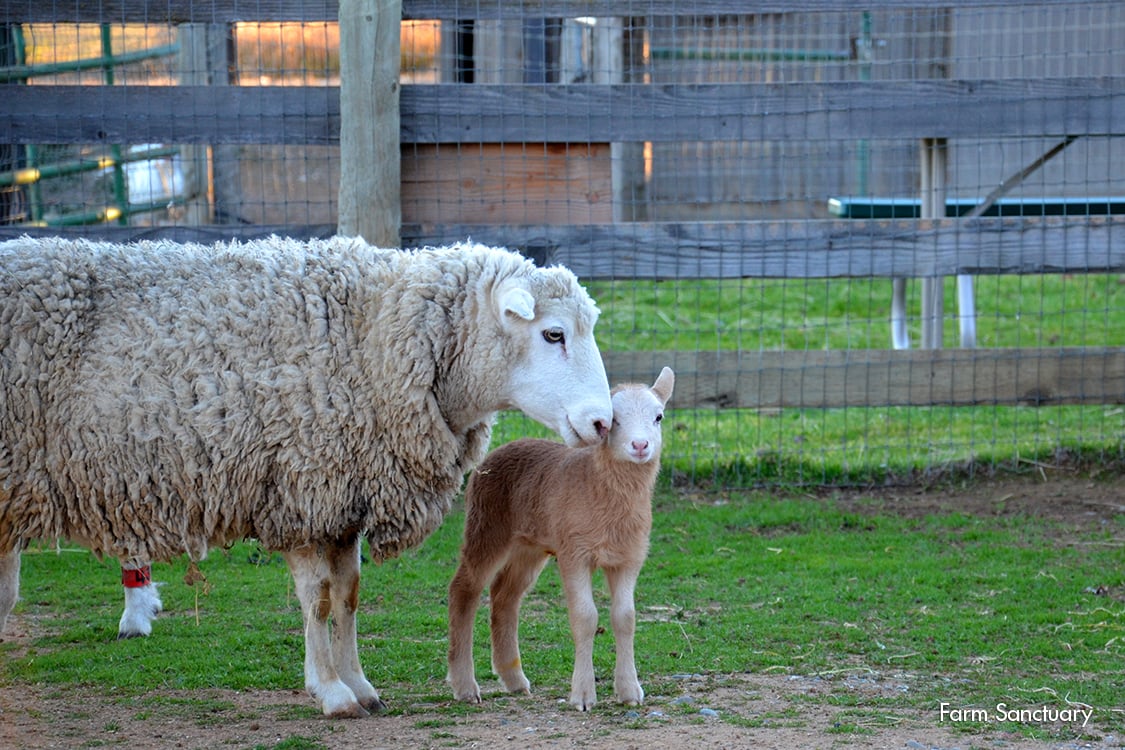 Wherever Elizabeth goes, Dolly is right behind, “baa-ing” for her to be careful. When we perform health checks on Elizabeth, her mom is with her the entire time, uttering a series of guttural sounds — a special language that exists only between ewes and their lambs.

The relationship between Dolly and Elizabeth epitomizes the incredibly tight bonds that form between mother and baby sheep. Ewes are on alert for anything that might be a threat to their babies. Lambs, in turn, take their cues from mom’s behavior, learning from her what’s safe and what’s not. 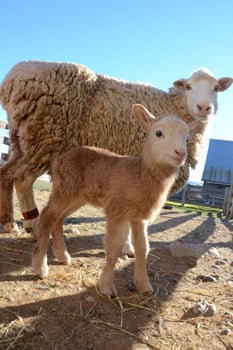 The protection, comfort, and communication forged through the ewe–lamb bond are also expressed on a larger scale among the close-knit members of a sheep flock, something our two new lambs will experience when they get bigger.

And they are getting bigger! Elizabeth and Zuri are growing by leaps and bounds.

Now that Zuri and Elizabeth have grown some and mom is beginning to feel more at ease with us, the twins have daily play dates. Elizabeth is coming out of her shell and will now run up to caregivers in order to be with her beloved sister. Even though Elizabeth and Zuri started out apart, they will definitely be growing up together. They spend hours waging jumping contests and resting their heads on each other. 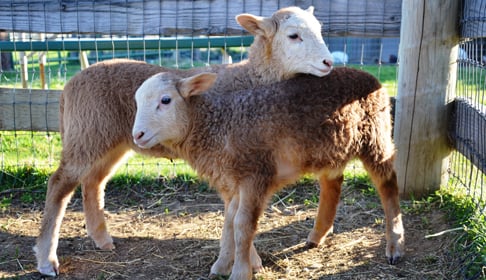 When night has fallen, it’s time for lambs to go to sleep, but they’ll be up in a few hours for their late-night snack. Bedtime is just a short break in the midst of their excitement. A day in the life of a lamb doesn’t really end; it just flows into a new day of wonders and fresh bales of straw.