Willow was all about family. She belonged to a herd of 30 cattle, 26 of them pregnant cows bred for beef production, whom we rescued from a farm in Butler County, PA, in 2004. The farmer continued to breed his cows despite the fact he could not afford to adequately feed them through the winter. By the time the cows were rescued, they were dangerously thin.

In her teens at the time, Willow was among the older members of the herd. She had already endured years in production, bearing one calf each year. Most of her calves had been taken from her when they were still young, but some of the females had likely been integrated into the herd. Willow was especially close with four younger cows — possibly her daughters by blood. 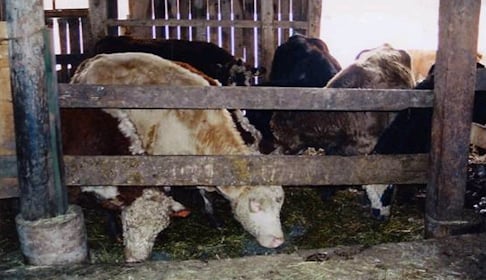 Willow lived 10 years at our New York Shelter, reveling in the company of this family. Before their rescue, the cows had each other and nothing else. Now, they had sprawling green pastures; shady hideaways; a clean, warm barn; and the vigorous good health that comes with nutritious food, expert care, and lots of exercise. Willow and her daughters cherished their freedom; so much so that their shelter arrival precipitated a wave of fence renovations. The entire Butler County herd was notorious for destroying fences to reach their favorite things, which included fresh pasture and fruit from our many apple trees. 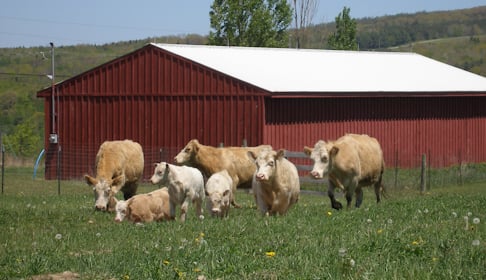 As Willow grew healthier and stronger, she saw her family grow, too. She and her daughters, Celeste, Twilight, Meg, and Ashley, all arrived pregnant and soon gave birth to a cohort of beautiful calves. These devoted sons and daughters always felt safest when their moms were near. Even when they had grown larger than their mothers, the youngsters would still dive beneath them to nurse when they were worried or afraid.

We knew we could count on Willow to care for several young orphans, including some of the male dairy calves we rescued from neglect and abandonment over the years. And Willow and the other moms have done their part to welcome these newcomers to the herd, extending to these youngsters the care and affection that they were not able to receive from their own mothers. 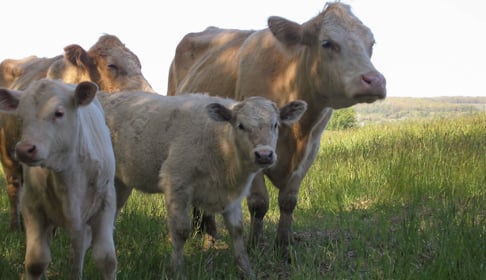 That said, Willow the caregiver was also known to cut loose, playing, running and head-butting with family and friends. She also had a reputation as one of our “announcers.” Whenever the herd began moving to a new pasture, Willow would loudly proclaim the development. She sounded like a foghorn and could be heard throughout the shelter.

Still, Willow was wary of humans her whole life, a common trait among beef cattle. Unlike most farm animals, beef cows in breeding herds tend to have little contact with humans. They are left to graze and gestate with little intervention, even in the form of basic healthcare. The rare occasions when they do encounter humans are almost invariably traumatic, whether it is during painful procedures like castration, dehorning, or branding, all performed without anesthetic, or during the devastating separation when a young cow or steer is taken away to be fattened for slaughter.

Understandably, survivors of such farms are not keen on human contact. Thus, we left Willow largely to her own devices, intervening only when necessary for her wellbeing. Such was the case when, in 2008, Willow was diagnosed with squamous cell cancer in her eye.

Like many other members of her herd, she was light-skinned and light-eyed and, therefore, vulnerable to certain cancers from sun exposure. Willow fought her disease heartily for years, and we gave her the best care and treatment we could. But late last year, we discovered Willow’s cancer – despite having been surgically removed and treated, had returned and spread. That cancer, which originally had been visible and treatable, had metastasized and was now internal and untreatable.

We could tell something was wrong when she willingly let us approach her — something she had never done before. She knew she needed help. For two weeks, our vet came to the shelter every day to treat Willow, attempting to build up her strength and resolve issues that we ultimately discovered were only secondary to her underlying condition. To our grief, the cancer could neither be cured nor effectively treated, and a great deal of pain lay ahead. We wanted to spare her that. Willow was euthanized in the cattle barn, passing away gently in a private stall. 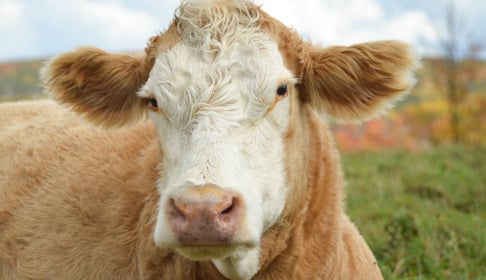 When we let the other cattle back into the barn, they all came to the gate of Willow’s stall to visit her body. They were distressed, especially those with whom she had been closest. Her friends and family crowded around her protectively, as though to preserve her lifelong aloofness toward humans, and the members of her herd uttered guttural calls, a gesture of mourning.

No one who witnessed that display could doubt that cows experience grief. Willow’s son, Blue, was the most visibly upset, throwing his head and charging at staff who attempted to move her body for burial. Even Queenie, an older cow with a reputation as a tough cookie, was clearly distraught and ran after the equipment we used to take away the body of her departed friend.

Willow’s death, like her life, was defined by her relationships; her importance to her family. Her survivors were deeply saddened, but it is love that will also help them heal. The family she led is strong. The bonds will endure. Though Willow is gone in body, her spirit lives on in the generations she nurtured. 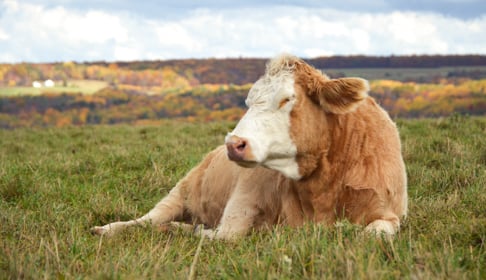